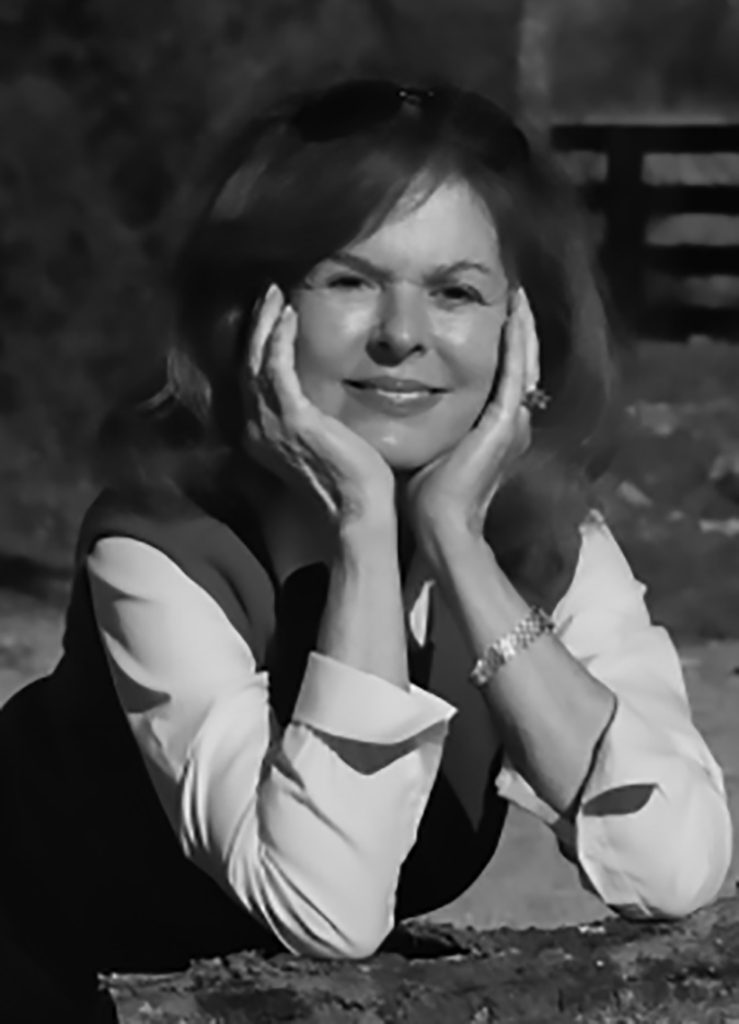 Joyce Blaylock, author of the novel Adelicia, a soaring saga of a debut! Before she published, however, she began a long journey in service of books, their authors, and their reades. Shehas been a friend of literature her entire life. She studied under the late James Dickey as a graduate student at the University of South Carolina. Dickey became her mentor and friend, as did William Price Fox, who was writer-in-residence at Carolina then. While at USC, She played a major role with Fox, in developing USC’s Spring Author Series in the early 1980s. Through this endeavor, she became friends with such notables as the late William Styron, Joseph Heller, Kurt Vonnegut. George Garrett, Tom Wolfe, John Irving, and Nora Ephron. She remained close to both Joseph Heller and William Styron until they passed away. While teaching in Cardiff, Wales in 1994 and 1995 on a Fulbright Scholarship, Blaylock brought Brith author Nigel Hinton to St. Cyres School in Cardiff, duplicating there what she had implemented in the Nashville School System, a scaled-down version of the author series at the University of South Carolina. She has maintained contact with Hinton, as well as Count Nikolai Tolstoi, author of The Coming of the King, since meeting him at an Arthurian Day celebration. at the University of Blaylock also was on location with the filming of John Jakes’ North and South for five weeks in Charleston, St. Francisville, and Natchez and served a four-year term with the Tennessee Film Commission. Joyce has been a key supporter and volunteer for the Southern Festival of Books since its inception 25 years ago. Her knowledge of Southern literature and her dedication to the writing community have helped that festival become one of the premier U.S. book events. She currently serves on the Board of Trustees for the Giles County Public Library, raising funds to promote reading. Concurrently, she has been a loyal underwriter of the Pirate’s Alley Faulkner Society’s projects for writers, readers, and youngsers at risk for illiteracy. She was among the first of our out-of-state patrons to come to New Orleans in the wake to Katrina and she has at our side through the thin times of the Society following the storm when non-profits here all were awash in Katrina detritus.

To all who have been the beneficiary of her good ideas and her generosity and who have watched her bring her dream novel, Adelicia, into reality…Joyce Blaylock is… A Legend in Her Own Time!