The William Faulkner – William Wisdom Creative Writing Competition is sponsored annually by The Pirate’s Alley Society, Inc, a non-profit literary and educational organization. Overall goals of the competition are to seek out talented writers and help them improve their work, assist them in finding literary agents and, ultimately, help them find publishers.

Our competition has been in continuous operation since 1992 and has a successful track record of selecting publishable winners. The track record has created respect for our competition among literary agents and acquiring editors for publishing houses. We are extremely proud of Novel category gold medal winner for 2020, for instance, Daniel Turtel. This 30-year old author previously won our gold medals for best Novel-in-Progress and Novella. He was selected by legendary literary editor and publisher Celina “Cindy” Speigel, who has described him as a rising star in the literary galaxy. Concurrent with his selection, his literary agent Michelle Tessler sold the novel for release in 2022. Among the Faulkner – Wisdom Competition’s previous discoveries are National Book Award winner Julia Glass and fiction writer Stewart O’Nan, who has published 19 books of fiction since winning the Society’s first gold medal for novel. Ladee Hubbard, who judged the novel category for 2018, earlier won the Society’s gold medal for short story. Her stories have been widely published and she won the 2018 Ernest Gaines Prize for her debut novel, The Talented Ribkins. New York Times bestselling novelist M. O. Walsh, 2018 Novel-in-progress judge, won Society’s gold medal winners for Novel-in-progress, the completed version of which was published as the bestselling novel, My Sunshine Away. Fiction writer Moira Crone also has twice been a Faulkner Society gold medal winner, first for short story,  which was published as the title story of her short story collection, Dream State, and then for a novella, which was expanded and published critically acclaimed novel, The Ice Garden. The widely published poet Peter Cooley, judging poetry this year, also is a Faulkner Society gold medal winner. We are proud of the fact that most of our winners not only have become published but that they remain involved with the Faulkner Society, contributing their time and talent as competition judges. Two renaissance men of literature, John Biguenet and Rodger Kamenetz, who have been stalwart supporters of and participants in Faulkner Society projects for 20 years, judged Short Story and Essay, respectively in 2018, while Society Zachary Lazar judged the narrative non-fiction book category. Zachary is author of the just released new novel, Vengeance, a brilliant and powerful book critically hailed as a seamless hybrid of imagination and reality, fiction and non-fiction.

In addition to Nobel Laureate William Faulkner, Faulkner Society’s namesake, our competition is named for literary scholar and collector William B. Wisdom of New Orleans, who amassed a significant collection of memorabilia related to William Faulkner. His collection is housed today in Tulane University’s library . 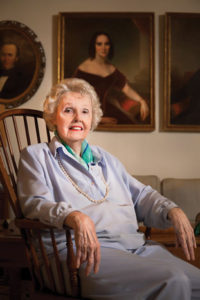 Mr. Wisdom’s daughter, New Orleans attorney, socialite, and philanthropist Adelaide Wisdom Benjamin, was among earliest Faulkner Society supporters and board members. An instigator in creating the competition, she arranged funding
for our first prize for Best Novel. Later, Mrs. Benjamin created our poetry prize and underwrote it for several years. She was a trustee of The Mary Freeman Wisdom Foundation, which has been a long time supporter of the competition.
Mrs. Benjamin was among the first to receive Faulkner Society’s ALIHOT (A Legend in Her/His Own Time) Award for community service and philanthropy.

A competitive talent search open to all writing in English, the William Faulkner – William Wisdom Creative Writing Competition is for previously unpublished work. Self-published and print-on-demand books are considered published if more than 500 copies have sold. Books, stories, essays previously published in their entirety on the Internet are considered published. Entries are accepted now in nine categories: Novel, Novella, book-length Narrative Non-Fiction, Novel-in-Progress, Short Story, Essay, Poetry, Poetry Collection, and Short Story by a High School Student. Collections are accepted in novel and narrative non-fiction book categories only if the individual pieces are linked together by incident, place or characters.  Otherwise collections are accepted only in the category: Poetry Collection.

Please review your work carefully prior to entering. Some of our judges traditionally are well known literary agents and editors who take a dim view of sloppy editing. Our general guideline for both preliminary and final judges is “ready for publication.”

These are just a few tips on basic editing to help you with your entries. We suggest you have a professional editor look at your work prior to entering if possible; if not, a friend who is an avid reader.
2021 Deadline for Entries
Traditionally, the competition opens each year on December and closes for entries on May 1. Because of the COVID all activities related to the 2020 competition were impacted and subjected to numerous delays. For that reason, the deadline for 2021 will be June 15. For 2021 Entry Form and Competition Guidelines, Click Here!