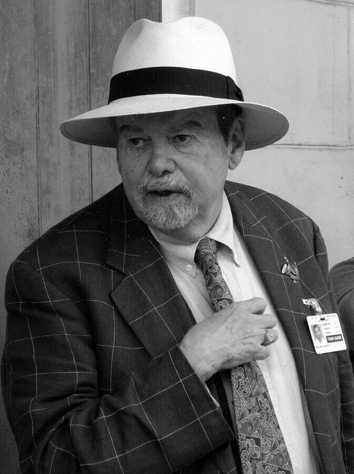 W. Kenneth Holditch, Ph.D., Professor Emeritus of Literature and Writing at the University of New Orleans, is a co-founder of The Pirate’s Alley Faulkner Society and was one of the founders of the Tennessee Williams Festivals in New Orleans, Clarksdale, MS, and Columbus, MS.

His honors and awards include: Southern Fellowship, 1958-1960; Louisiana Teacher of the Year, 1985; Louisiana Endowment for the Humanities, Lifetime Achievement Award, 2001; and The Tennessee Williams Award, 2007.

When his Faulkner Society Co-Founders Rosemary James & Josph DeSalvo were renovating the house where Faulkner wrote his first novel on Pirate’s Alley, Kenneth stopped be and strongly suggested that having acquired the house “you are obligated to do something with it than simply live in it.” And thus began a generation of work to assist writers and engage readers with the creation of the Faulkner Society.

To the Faulkner Society and the literary world at large, Kenneth Holditch is… A Legend In His Own Time.