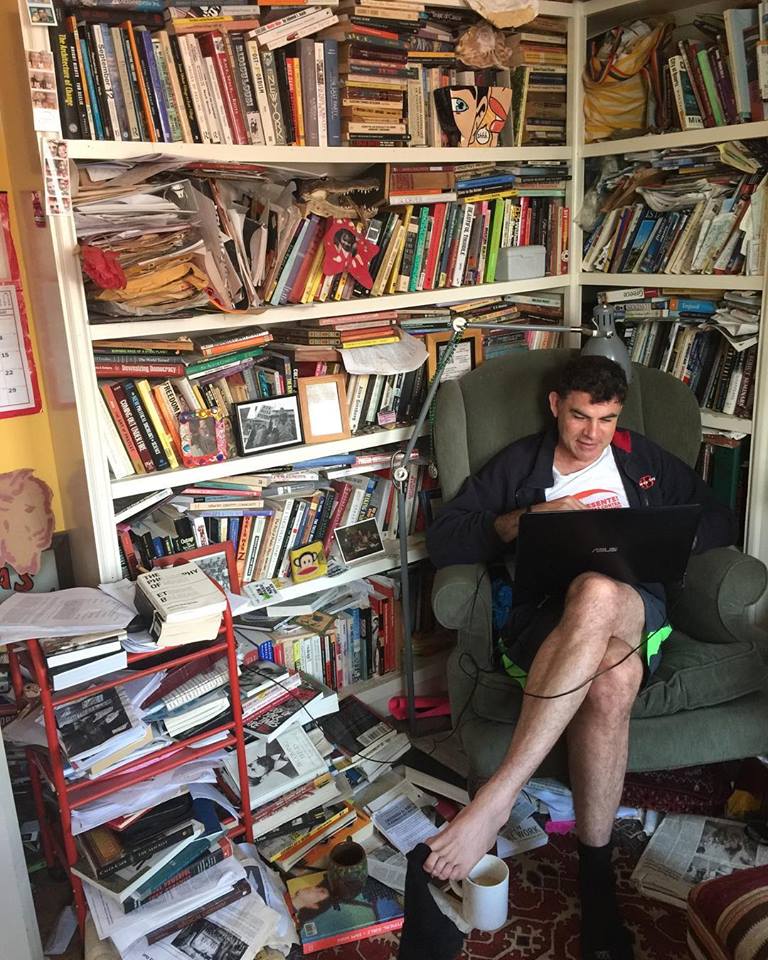 In 2010, he was named to the Playboy Honor Role as one of twenty professors “who are reinventing the classroom.”

A social worker, he has worked in AIDS services/activism for two decades, joining ACT UP Golden Gate in the early1990’s, opening two congregate facilities for people living with HIV/AIDS, serving as deputy director for a syringe exchange program, all while remaining active in efforts to bridge the gap between direct action and direct services. Today, he remains involved in organizing efforts around transportation, HIV/AIDS, labor, public spaces, environmental policy and efforts around sustainability.

Trained at the University of Chicago School of Social Services Administration, the City University of New York Graduate Center, the William Alanson White Institute of Psychiatry, Psychoanalysis, and Psychology, the Saturday reading groups at the Institute for the Radical Imagination, as well as through collaboration with some of the most powerful organizers and movements of this
era, Shepard combines these experiences to frame his work.