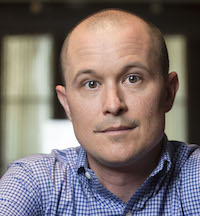 Brian Boyles is Vice President of Content at the Louisiana Endowment for the Humanities, where he serves as publisher of Louisiana Cultural Vistas magazine and directs public programs at the Louisiana Humanities Center. He is a native of Pittsburgh and a graduate of Tulane University.  A DJ and founding member of East Village Radio, he returned to New Orleans in 2006 and began developing programming and hosting events at the newly-opened Louisiana Humanities Center, including “As Told By Themselves: The New Orleans Brass Bands,” “The Professors Series,” “The New Orleans Media” panel discussions, and the LHC’s acclaimed series on the history of the New Orleans mayoralty. Boyles is a member the Tennessee Williams/New Orleans Literary Festival board of directors and the Louisiana Association of Museums board of directors. His work has been featured in Oxford American, Vice.com, The Classical, Offbeat, The Lens, The Brooklyn Rail, NOLAFugees, SLAM, Gathering of the Tribes Magazine, and Louisiana Cultural Vistas. His first book, New Orleans Boom and Blackout: 100 Days in America’s Coolest Hotspot, was published by the History Press in January. He lives in New Orleans’ 13th Ward with his wife and son.

As the 2013 Super Bowl approached, New Orleans rushed to present its best face to the world. Politicians, business leaders and tourism officials declared the rise of the “new New Orleans,” a thriving city brimming with hope and energy. But as the spotlight neared, old conflicts and fresh controversies complicated the branding. The preparations revealed the strains of the post-Katrina recovery and the contrasts of the heralded renaissance. The watershed moment culminated in darkness when the lights went out in the Superdome. In a stunning portrait of the breathless hundred days before the game, author Brian W. Boyles unearths the conflicts, ambitions, and secret histories that defined the city as it prepared for Super Bowl XLVII.

And along the way he captured some the essence of some memorable New Orleans
places and people.

Brian’s book is the One Book, One New Orleans selection for 2015 and the Faulkner Society has partnered in this community literacy programming.