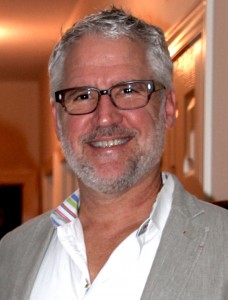 Bruce Jones became fascinated with a myth about the Old Ursuline Convent in New Orleans—a fascination which began with his first visit to the Big Easy in 2004. That fascination inspired his debut novel, The Lost Reflection. With additional research trips and a love for classic horror films, Bruce crafted a captivating and disturbing tale, creating an amalgamation of fact and fiction. The basic plot is an ex-CIA operative turned journalist/detective is hired by a publisher to get the real scoop on rumors that the nuns of the Ursulines Convent are keeping vampires imprisoned to protect the City of New Orleans from these Other-Worldly creatures. And in the effort to get to the bottom of the story, the vampires are accidentally released. The Lost Reflection was followed two years later by his much anticipated sequel, Invierea, while his third novel in The Lost Reflection trilogy, The Darkest Season, is still in the works. Bruce has been a featured author with the Horror Writers Association for the past two years at Book Expo of America in New York City. Visit www.brucetjones.com for details about Bruce, the New Orleans experience, and many novel extras.

About the Other Bruce
Many leagues from his current realm of novel writing, Bruce began his career as a shipbuilder. After eight long years, enduring multiple layoffs, he made an abrupt U-turn, went back to school and became an optician. Several years later, he purchased an existing optical practice and transformed the business to an optical boutique, Studio Optix. Since earning the designation of Master Optician, from the American Board of Opticians, Bruce has taught, written, and performed various lectures for the optical community. His thesis on Age Related Macular degeneration remains a go-to source for in depth information on the causes, treatments and optical devices associated with the disease.