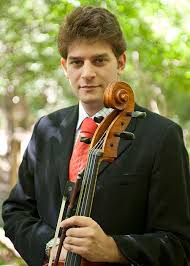 Daniel Lelchuck joined the Louisiana Philharmonic Orchestra as assistant principal cellist in fall 2013. Described by the Washington Post as a “dazzling virtuoso,” he is the recipient of an award from the Angela Prokopp Foundation of the Vienna Philharmonic Orchestra. He has performed at numerous international festivals, including those of Aspen, Baden-Baden, Tanglewood, and Salzburg. A founding member of the Castleton Chamber Players with violinist Eric Silberger, Lelchuk has played since 2010 as principal cellist of the Castleton Festival, in Virginia, under Maestro Lorin Maazel.