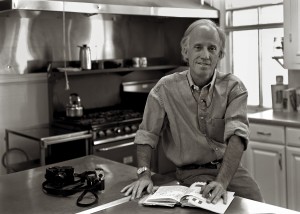 David Spielman, photographic artist and author of the recent book, The Katrina Decade: Images of an Altered City

David Spielman, born in Tulsa, OK, has lived in New Orleans for more than 40 years, since spending a year in Europe studying art and art history and graduating from Westminster College in Missouri. He has worked as an independent, freelance photographer and has traveled the world for assignments and personal creative work, visiting six of the seven continents and 49 of the 50 states. His corporate clients include both Fortune 500 companies and local and international concerns. Projects in Ireland, Russia, Eastern and Western Europe, Central America, North America, and Asia have provided opportunities to shoot images of global leaders and exciting events. Spielman has his gallery and darkroom in the middle of the Garden District in a century old skating rink.   His work has been collected in four volumes, including his The Katrina Decade: Images of an Altered City launched this summer by the Historic New Orleans Collection.

David Spielman’s New Orleans is solemn and still, a place where cat’s claw vines creep up walls and consume entire houses. A staircase leads to an empty lot where a building once stood; a piano sits outside on a sunny day, unplayed and sharing space with a pile of tires. The photographer captures scenes from around the city, and the lingering effects of Hurricane Katrina’s devastation are everywhere.

“I wanted to create a sense of what it was like and how it impacted everybody,” said Spielman, whose photographs are collected in the book , which was released last year and displayed in an accompanying exhibition at the Historic New Orleans Collection.

Spielman set out to capture the overlooked areas of the city.

“One of the things that I think is very, very important, is, sadly, the media has kind of construed Katrina’s primary damage to the Lower 9th Ward,” he said in a recent interview, “They (the media)  fail to fully capture the fact that over 80 percent of   the city of New Orleans was flooded.”.
“Hopefully,” he added, “people will start to realize that Katrina was an equal and ecumenical destruction.”

Southern Writers features 72 portraits of some of the South’s finest authors. Eudora Welty, Pat Conroy, and James Dickey, for instance, most photographed in their workpspaces, offering rare glimpses of their private lives.

Katrinaville Chronicles is a memoir in words and images of his life during and after the Hurricane, when he stayed in a monastery, helping the Sisters in residence. Realizing, after loss of water pressure and electrical power, that New Orleans was no longer the place for the nuns, he got them safely out of the city but stayed in the Monastery himself to help protect it. Alone, he generated daily accounts of life in the storm’s wake and transmitted his observations to friends, family, and clients and continued record photographically his experiences.

When Not Performing is Spielman’s collection of portraits of great New Orleans musicians when not on stage, with the musicians choosing where and when they wanted to be photographed. The musical community is so large, diverse and spanning several generations, and Spielman’s work makes this point visually.