T]he literary journal of the Pirate’s Alley Faulkner Society, The Double Dealer, is published annually. It is released each year in conjunction with the Words & Music festival. The journal, established in 1993, is produced by high school and college interns working under the supervision of adult writers in the Society. Memberships and private underwriting help offset the cost of the journal. For a history of the journal, go here! 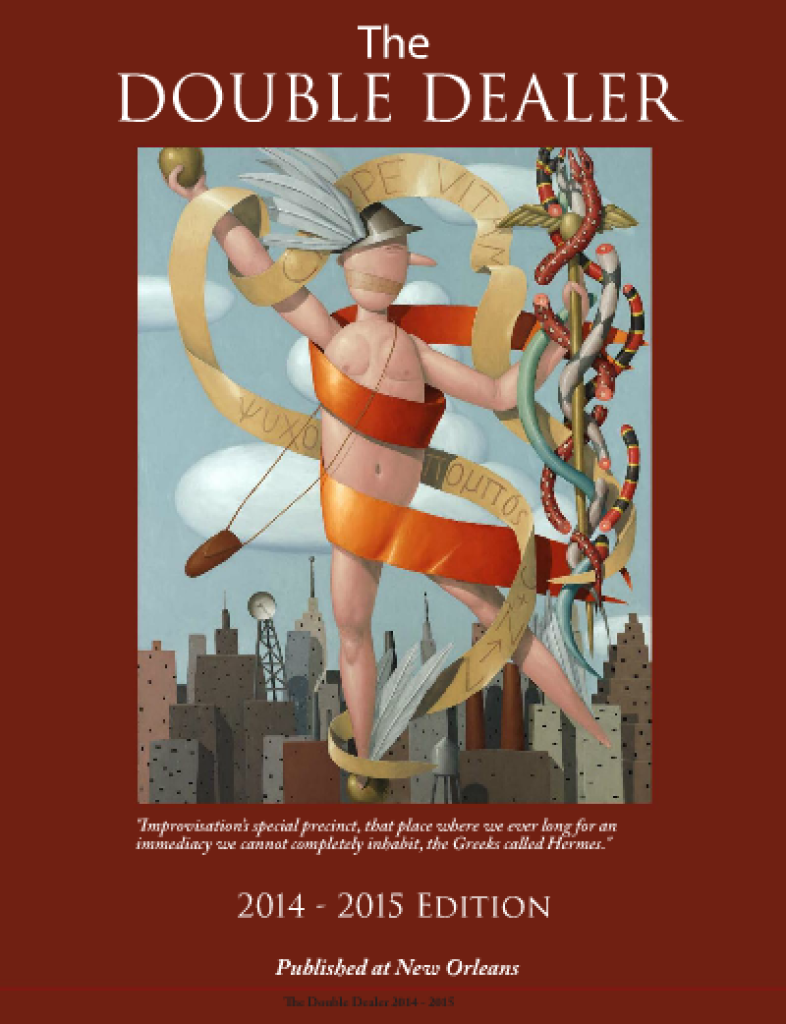 The FOURTH edition of The Double Dealer is the newest version and was published October 25, 2015. It’s free and it has digital features such as page turning, zoom, and search. So, we invite you to read and enjoy it, and also click to enjoy past Double Dealers below! You can also download each edition for offline reading…

CLICK ON EACH OF THE IMAGES TO BE BROUGHT TO THE DOUBLE DEALER EDITION OF YOUR CHOICE! 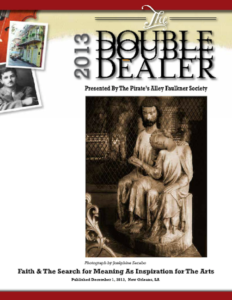 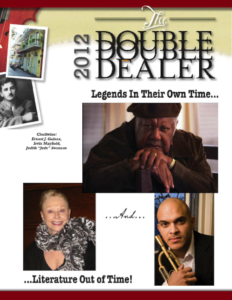 The Double Dealer, 2012 is 330 pages of material from winners of the William Faulkner – William Wisdom Creative Writing Competition for the years 2007, 2008, 2009, and 2011, along with other proceedings of the Society, including our BIG READ projects for 2008, 2009, and 2012, winners of the Society’s ALIHOT (A Legend In His/Her Own Time) Awards, and other material of interest to readers and writers, including social commentary, essays, interviews, poetry, and recommended reading. 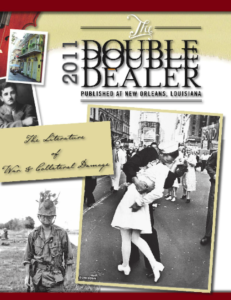 It was a long time coming, getting on track with our journal. Our last hard copy of the journal was released in 2007. A  combination of Katrina aftermath, increasing costs for printing, and lack of revenue keptThe Double Dealer on the back burner until last year when we began getting up to speed on the technology of online journals. Then there was the matter of coming to grips with the sheer volume of excellent material from the winners and runners-up since 2007, most assuredly a challenge. But the journal is back, hopefully to stay, and we sincerely hope you will enjoy it…

We started with this 2011 edition, which includes not only the work of Faulkner – Wisdom Competition winners for 2010 but also papers presented at Words & Music, 2010, which we had an obligation to publish. Because of the volume of excellent papers presented that year, we could only handle winners from one year in that edition. Hereafter, the work of competition winners is published in the year they are selected.

We are actively soliciting advertising for the journal at this time. Follow this link for information on rates.

NOTE: Unsolicited manuscripts are submitted at author’s risk. While we do consider work from unknown authors, we are not in a position to pay for such work at this time. New fiction, essays, and poetry published in the journal are primarily manuscripts by winners and finalists in the annual William Faulkner Creative Writing Competition.