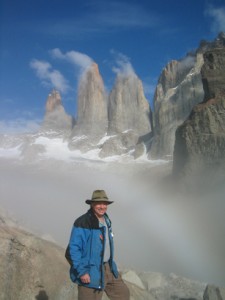 This project explores the nature of creativity from interior perspectives developed through the experience of trauma, as described through nightmare.  While collecting and recording interviews with artists whose traumatic histories are persistently revisited thru powerful and exquisite nightmares, a scientific expert in sleep and dreams ventures down the rabbit hole of his own past – a path that ultimately leads to a personal awareness of the power of trauma expressed through art.  When viewed through the lens of nightmare science, integrating and transcending traumatic experience through artistic expression provides an alternative approach to understanding the nightmares of PTSD.

Today, medication and behavioral therapies are often utilized to suppress nightmares, particularly in individuals whose nightmares develop after the experience of significant trauma. Yet PTSD is among the most difficult of psychiatric disorders. There is almost no evidence supporting the suggestion that the elimination or reduction of nightmares can lead to the long-term resolution of PTSD. For some individuals, particularly creative individuals, nightmares can be utilized rather than suppressed and experienced trauma can be incorporated and processed as part of the life experience.  These interviews provide examples of how some of our most successful artists use trauma and nightmares to extend their artistic process, leading some to their best and most transformative work. 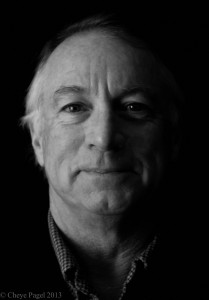 James Pagel MS/MD is an Associate Clinical Professor at the University of Colorado and Director of the Sleep Disorders Clinic of Southern Colorado. He is co-author of the diagnostic criteria for Recurrent Nightmares in the diagnostic coding manual – ICD-II. His studies on PTSD include work on the association of PTSD with disaster (Hurricane Iniki), medication, and behavioral approaches to treatment, and the role of nightmares in emotional processing. He has addressed the role of dreams and nightmares in creative processing through an on-going involvement with actors, screenwriters and directors in film programs at Sundance (Utah) and Milagro (New Mexico). His more than 120 publications in the fields of sleep and dream include several recent books: Primary Care Sleep Disorders: A Practical Guide, Humana Press (2007); The Limits of Dream – A Scientific Exploration of the Mind / Brain Interface, Academic Press (2008); and Dreams and Nightmares, Sleep Medicine Review, Elsevier (2010).