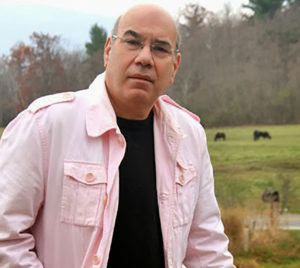 Jay Parini is our 2019 ALIHOT award honoree for literature. Born in Pittston, Pennsylvania, and raised in Scranton, Jay Parini’s biography sometimes makes it appear as if he is competing in a literary decathlon. After graduating from both Lafayette College
(B.A.) and the University of St. Andrews in Scotland (Ph.D.), he has made what seem to be multiple careers as a novelist, a biographer, an editor, a critic, and, above all, a poet. His allusive, musical poems are often grounded in contemporary domestic and political landscapes and frequently return to the relationship between language and the imagination. In an online interview following the release of Why Poetry Matters (2008), Parini stated, “Poetry is a language adequate to our experience. It teaches us how to live our lives, how to locate and describe the inner life. I believe very confidently that poetry enhances our sense of the spiritual world by attaching us closely—almost physically—to the material world.” He is the author of several books of poetry, including New and Collected Poems (20015), House of Days (1998), Town Life (1988), and Anthracite Country (1982).

Parini’s numerous biographies have reinvigorated our understanding of the giants of the American literary canon. He has written on, among others, Robert Frost, John Steinbeck, Jesus of Nazareth, and even our own William Faulkner. Furthermore, Parini is a pioneer in the genre of the biographical novel. His 1990 novel The Last Station, about the final year of Leo Tolstoy’s life, was made into an Academy Award-nominated film in 2009. A film adaptation of his 1997 novel Benjamin’s Crossing, about the critic and philosopher Walter Benjamin, is currently underway.

He is the recipient of fellowships from the Guggenheim Foundation, Christ Church College at Oxford University, and the Institute for Advanced Studies at the University of London. Parini has taught at Middlebury College since 1982. He lives in Weybridge, Vermont with his wife, Devon Jersild, a clinical psychologist and writer. Together, they have three sons.