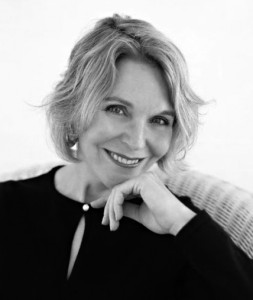 Kay Sloan grew up in south Jackson and left Mississippi for Santa Cruz, where she graduated from the University of California. Her first publication was a poem she wrote to her mother in an effort to explain how a Southern Baptist daughter could become a hippie. Southern Exposure was kind enough to print it. Sloan went on to publish two novels, Worry Beads and The Patron Saint of Red Chevys. Respectively, they received the Ohioana Award for Fiction and distinction as a Barnes and Noble “Discover Great New Writers” book.

Her poetry chapbook, The Birds Are On Fire, won the New Women’s Voices prize at Finishing Line Press. Her essays, poetry and stories have appeared in The Paris Review, Southern Review, Fiction, Threepenny Review, and Nimrod, among other venues. An Ohio Arts Council Award supported the writing of her current novella, Give Me You, written as writer-in-residence at Provincetown’s Fine Arts Work Center. With a doctorate in American Studies, Sloan has written three books on American cultural history. The Loud Silents: The Origins of the Social Problem Film, and a documentary, Suffragettes in the Silent Cinema, distributed by WomenMakeMovies, have been called groundbreaking work in silent film history.

Her first book, co-authored with William H. Goetzmann, Looking Far North: The Harriman Expedition to Alaska, 1899, catalyzed the PBS documentary The Harriman Expedition: Re-Traced. She is now working on a book on white Southerners who rejected their dominant culture to join the Civil Rights Movement. Sloan earned her advanced degrees in American Studies from the University of Texas and now teaches literature and cultural history at Miami University of Ohio.