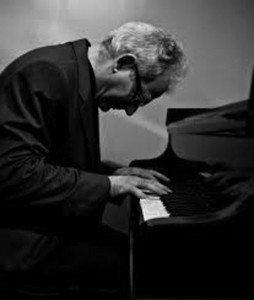 Lawrence “Larry” Sieberth—pianist, composer, and music producer—is at home in any musical setting. A fluent jazz artist and synthesizer wizard, Lawrence integrates the many facets of music and performance. His own neo-bop improvisations and experimental diversions combine with his classical interests, providing an extensive musical vocabulary for his compositions for television, film, and stage. Larry’s musical background is very diverse, being a pianist, composer, arranger, musical director, educator, and producer. His collaborations with other musical artists have put him in the best of company around the globe, and he has been honored as outstanding jazz pianist by both New Orleans Magazine and Jazziz. His soundtracks for television, film and stage have earned a number of awards, including a Telly and the Silver Gala Media Award. His contributions as arranger and musical director for stage include Hats! The Musical, My-O-My, Cocktails in the Ladies’ Lounge, and Joint’s Jumpin’.