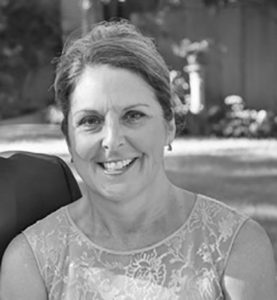 Lisa C. Hickman has spent many years writing about Joan Williams, a fiction writer perhaps best known as William Faulkner’s young companion. Hickman’s earlier book, William Faulkner and Joan Williams: The Romance of Two Writers, tells the story of their complex relationship. But Williams was much more than half of that famous pairing. She was a fine writer of fiction in her own right, a fact that perhaps too few readers know, given her ties to the great fiction master. When Hickman decided to collect Williams’ later works into Remembering: Joan Williams’ Uncollected Pieces, one reason was to bring them not only to those who already knew her, but also to pull Williams out from under the shadow of Faulkner for a new generation of readers.

Remembering: Joan Williams’ Uncollected Pieces by Ms. Hickman illustrates again that rediscovering an admired author—especially through his or her later works—is every bit as engaging as discovering a new literary voice.

Joan Williams, an accomplished and prize-winning southern novelist, published a number of short stories and nonfiction pieces in the later years of her life; a life complicated early on by the influential men with whom she was involved, namely American author William Faulkner and independent publisher Seymour Lawrence.

For years these literary gems were scattered and virtually unattainable to readers. Remembering: Joan Williams’ Uncollected Pieces unites the formerly published but never collected material. The book’s title piece, Remembering, features a 1981 essay on Byronic Mississippi-born poet, Frank Stanford—known to Joan from his infancy until his tragic suicide. His collected poems, What About This, published in 2015, appeared 37 years after his death.
Skillful, nuanced, and altogether approachable, these mature efforts by a seasoned writer will surprise and reward. Remembering is a lovely testament to the craft of writing and Joan Williams’ indelible style.