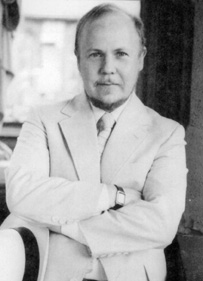 Michael Malone, a native of Durham, NC, is an Emmy and Golden Globe Award-winning television writer and highly acclaimed novelist, and humorist.. He is best known for his work on the ABC Daytime drama One Life to Live, as well as for his best-selling novels, including Handling Sin, Dingley Falls, Foolscap, The Delectable Mountains, or Entertaining Strangers, The Four Corners of the Sky, The Last Noel, and a trilogy of murder mysteries set in North Carolina, including, Uncivil Seasons, Time’s Witness, and First Lady.
For One Life to Live, he was the serial’s head writer from 1991 to 1996 and garnered critical acclaim for his storylines, which included a tale involving the tight bond between an ostracized homosexual teenager and a preacher, the creation of villain/rapist Todd Manning and the character’s gang rape of Marty Saybrooke, as well as the subsequent rape trial episodes. While writing One Life to Live, Malone wrote a novel called The Killing Club, which was tied into the show. In its first week of publication The Killing Club went to number 16 on the New York Times bestseller list for Hardback Fiction. It later rose to number 11.
Handling Sin, a grits and gravy, picaresque re-telling of Don Quixote is
a southern classic.
Among his prizes for his novels and short stories are the Edgar, the O. Henry, and the Writers Guild Award.

Educated at the University of North Carolina and at Harvard College, he previously taught at Yale University, the University of Pennsylvania, and Swarthmore. Currently, Michael teaches theatre studies, creative writing, and literature at Duke University. He is married to Maureen Quilligan, a profession of English at Duke. They divide their time between a residence in Connecticut and a restored plantation in Hillsborough, NC.

He has been among the core faculty of Words & Music, a Literary Feast
in New Orleans on and off since the festival was crested and frequently serves
as toastmaster for Faulkner for All, the Society’s gala annual meeting during
Words & Music, captivating audiences with his leprechaun looks and sly humor.

Michael Malone is, most assuredly A Legend In His Own Time!