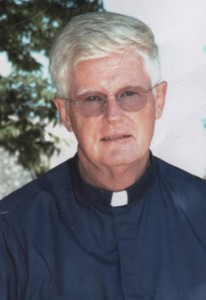 Patrick Samway, S.J., today divides his time between Philadelphia, PA—where he is Professor of English at Saint Joseph’s University and where he held the Donald MacLean, S.J., Jesuit Chair for two years—and Port au Prince, Haiti, where, St. Joseph’s is in partnership with the Jesuit order in a system of grammar schools, established by the Jesuits after the devastating earthquake.

He is author of Walker Percy: A Life (1997, Farrar, Straus & Giroux), which was selected by The New York Times Book Review as one of the notable books of 1997 and was a main selection of the Catholic Book Club. He has edited A Thief of Peirce: The Letters of Kenneth Laine Ketner and Walker Percy (1995, University Press of Mississippi); and a volume of essays of Walker Percy entitled Signposts in a Strange Land (1991, Farrar, Straus & Giroux). With Ben Forkner he coedited four anthologies of Southern literature: A New Reader of the Old South (1990; Penguin); Stories of the Old South (1989, Penguin); A Modern Southern Reader (1986, Peachtree Press), and Stories of the Modern South (1978, Penguin).

For two years after that he was the Will and Ariel Durant Professor of Humanities at Saint Peter’s College, Jersey City, NJ before moving to St. Joseph’s University.