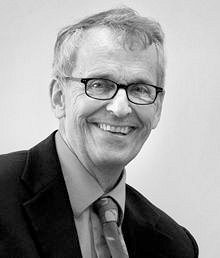 About the Author:
Poet Laureate of Louisiana

Peter Cooley, author of the new collection of poetry, Night Bus to the Afterlife, is Professor of English and Director of Creative Writing at Tulane. He has a B.A. in Humanities from Shimer College, an M.A. in Art and Literature from The University of Chicago and a Ph.D. in Modern Letters from The University of Iowa, where he was a student in the Writers’ Workshop.

His eight books of poetry are The Company of Strangers, The Room Where Summer Ends, Nightseasons, The Van Gogh Notebook, The Astonished Hours, Sacred Conversations, A Place Made of Starlight. Carnegie Mellon, his publisher, released Divine Margins, and his most recent collection, Night Bus to the Afterlife.

Peter’s poems have appeared in such magazines as The New Yorker, The Atlantic, Poetry, The Nation, The New Republic and in over one hundred anthologies including most recently The Best American Poetry 2002, The Manthology, Poets on Place and Poetry Daily: 366 Poems from the World’s Most Popular Poetry Website. From 1970-2000 he was Poetry Editor of The North American Review and has recently been appointed Poetry Editor of Christianity and Literature.

Peter has given recent poetry readings of his own work on the Ohio Poetry Circuit, in Spain and France, in New Zealand, where he was the U.S. Representative to the International Poetry Festival, in the Czech Republic, and in Cape Town, South Africa. He received the Inspirational Professor Award in 2001 and the Newcomb Professor of the Year Award. in 2003.

He received an ATLAS grant from the State of Louisiana to complete his book Aftermaths about Louisiana after Katrina and the oil spill.