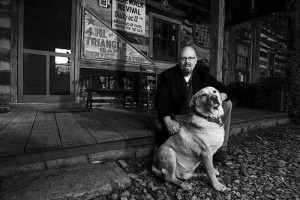 Robert Hicks, author of The New York Times Bestsellers, The Widow of the South and Separate Country, was born and raised in South Florida. He moved to Williamson County, Tennessee in 1974. Hicks first made his mark as a music publisher and in artist management within both country and alternative-rock music, focusing on the role of the singer/songwriter. His first book was a collaboration with French-American photographer Michel Arnaud, Nashville: the Pilgrims of Guitar Town, which told the story in photographs and essays of those who have come to Nashville in pursuit of their dreams of making it in the music business.

He is founding chairman emeritus of Franklin’s Charge: A Vision and Campaign for the Preservation of Historic Open Space in the fight to secure and preserve the Civil War battlefield and other historic open space in Williamson County. In December 2005, the Nashville Tennessean named him ‘Tennessean of the Year’’ for the impact The Widow of the South has had on Tennessee’s heritage tourism and preservation. He travels, throughout the nation, speaking on a variety of topics ranging from Why The Civil War Matters to The Importance of Fiction in Preserving History to Southern Material Culture to A Model for the Preservation of Historic Open Space for Every Community.

In 2008, Hicks co-edited, with Justin Stelter and John Bohlinger, A Guitar and A Pen: Short Stories and Story-Songs By Nashville Songwriters (Center Street Books/Hachette, North America). A partner in the
B. B. King’s Blues Clubs in Nashville, Memphis, Orlando, Las Vegas and West Palm Beach, Hicks serves as Curator of Vibe of the corporation.

About Widow of the South
Carnton Plantation, 1894: Carrie McGavock is an old woman who tends the graves of the almost 1,500 soldiers buried there. As she walks among the dead, an elderly man appears—the same soldier she met that fateful day long ago. Today, he asks if the cemetery has room for one more. Based on an extraordinary true story, this brilliant, meticulously researched novel flashes back to 1864 and the afternoon of the Civil War. While the fierce fighting rages on Carrie’s land, her plantation turns into a Confederate army hospital; four generals lie dead on her back porch; the pile of amputated limbs rises as tall as the smoke house. But when a wounded soldier named Zachariah Cashwell arrives at her house, he awakens feelings she had thought long dead—and inspires a passion as powerful and unforgettable as the war that consumes a nation.

Example of Reviews:
A thunderous, action-rich first novel of the Civil War, based on historical fact. Music publisher Hicks treats a long-overlooked episode of the war in this account of the Battle of Franklin, Tenn., which took place in November 1864 near Nashville. As a field hospital is pitched in her field, Carrie McGavock, an iron-spined farm woman and upstanding citizen of the town, takes it upon herself to tend after the Confederate wounded; later, she and her husband will rebury 1,500 of the fallen on their property. Hicks centers much of the story on Carrie, who has seen her own children die of illness and who has endurance in her blood. “I was not a morbid woman,” Carrie allows, “but if death wanted to confront me, well, I would not turn my head. Say what you have to say to me, or leave me alone.” Other figures speak their turn. One is a young Union officer amazed at the brutal and sometimes weird tableaux that unfold before him; as the bullets fly, he pauses before a 12-year-old rebel boy suffocating under the weight of his piled-up dead comrades. “Suffocated. I had never considered the possibility,” young Lt. Stiles sighs. Another is an Arkansas soldier taken prisoner by the Yankees: “I became a prisoner and accepted all the duties of a prisoner just as easily as I’d picked up the damned colors and walked forward to the bulwarks.” Yet another is Nathan Forrest, who would strike fear in many a heart as a Confederate cavalryman, and later as the founder of the Ku Klux Klan. Hicks renders each of these figures with much attention to historical detail and a refreshing lack of genre cliche, closing with a subtle lament for the destruction of history before the bulldozer: “One longs to know that somethings don’t change, that some of us will not be forgotten, that our perambulations upon the earth are not without point or destination.”An impressive addition to the library of historical fiction on the Civil War, worthy of a place alongside The Killer Angels, Rifles for Watie and Shiloh.

About A Separate Country

Hicks, a Florida native, has fond family memories of New Orleans. “My first airplane flight was to New Orleans — it was a prop jet. My grandparents started going to Galatoire’s in 1909. There was always this kind of great ease in the city. When I came back during my book tour in 2005 and there were really no bookstores, hardly anything, all of a sudden, the city became a completely different thing to me. And I made the decision that the next book would be about New Orleans.”

Hicks wanted to continue the story that had begun in The Widow of the South, about the bloody battle of Franklin, TN, and one thing led to another.

A Separate Country, in fact, is a powerful evocation of New Orleans as it was in 1879, a book thick with history, rich in atmosphere. The characters walk the city’s rough and tumble streets, witness the corruption of the Louisiana Lottery and the toll of the yellow fever epidemic, enact their very human love affairs, hide their secrets. To read it is to visit, for the length of its pages, an all-enveloping, passionately rendered past, beautiful and hallucinatory. “This city is not for the fainthearted, ” Hicks writes.