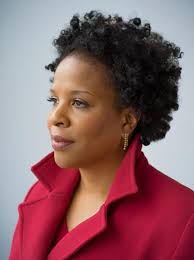 Tayari Jones is the recipient of our 2019 ALIHOT award for literature. She is the author of four novels: Leaving Atlanta, The Untelling, Silver Sparrow, and, most recently, An American Marriage. The latter focuses on the marriage of a middle-class African-American couple, Roy and Celestial, who live in Atlanta and whose lives are torn apart when Roy is wrongfully convicted of a rape he did not commit. Published in 2018, An American Marriage is now a New York Times bestseller and an Oprah’s Book Club Selection — it has also appeared on Barack Obama’s summer reading list as well as his end-of-the-year roundup. An American Marriage was awarded the Women’s Prize for Fiction (formerly known as the Orange Prize), the Aspen Words Prize and an NAACP Image Award. With over 500,000 copies in print domestically, it has been published in two dozen countries.

A native of Atlanta, Georgia, Jones has used all four of her novels to explore the African-American experience within the so-called “city too busy to hate.” Her work deals with the ties that bind families and communities together, even in the face of disillusionment and loss. In particular, Jones’ work is concerned with children and how they come to recognize, absorb, and transform trauma as they learn to navigate the world around them. Jones is a member of the Fellowship of Southern Writers. She has also been the recipient of multiple honors, among which are the Hurston/Wright Legacy Award, a United States Artist Fellowship, an NEA Fellowship, and a Radcliffe Institute Bunting Fellowship. Her novel Silver Sparrow was added to the NEA Big Read Library of classics in 2016.

Jones is a graduate of Spelman College, University of Iowa, and Arizona State University. She is an A. D. White Professor at Large at Cornell University. After a decade living in New York City, she has returned to her hometown of Atlanta to serve as a Professor of Creative Writing at Emory University.