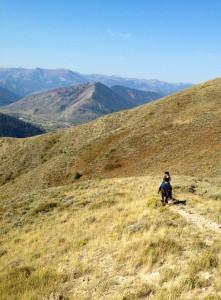 Téa Obreht 0n the trail in the wild, wild west.

Téa Obreht’s debut novel The Tiger’s Wife won the 2011 Orange Prize for Fiction and was a 2011 National Book Award Finalist.  Her writing has appeared in The New Yorker, The Atlantic, Harper’s, Vogue, Esquire and The Guardian. She was a National Book Foundation 5 Under 35 honoree, and was named by The New Yorker as one of the 20 best American fiction writers under forty. In 2013, she was the Rona Jaffe Foundation fellow at the Cullman Center for Scholars and Writers, and is currently working on her second novel.

To learn more about Téa, visit these sites: