The 2018 Novel-in-Progress Prize is funded by Gulf Coast Bank & Trust, Guy Williams, President & CEO. This year’s judge, M. O. Walsh, bestselling author of the novel, My Sunshine Away, and director of the MFA program at the University of New Orleans, had this to say about his selection:

Greetings from Asbury Park is a novel full of conflict. A sibling rivalry, a surprise inheritance that leads our downtrodden main character to discover a secret life his father lived with another family, an even more surprising love affair kindled by the resentment he shares with a half-sister he’d never met; this manuscript has all the trappings of a tale filled with the type of flawed characters readers can’t look away from. Yet what distinguishes this novel in progress are the insightful and poetic turns of phrase, the delicate descriptions used at just the right moments, which allow the reader to not only enjoy the somewhat scandalous plot but, also, the impressive skill with which it is written. 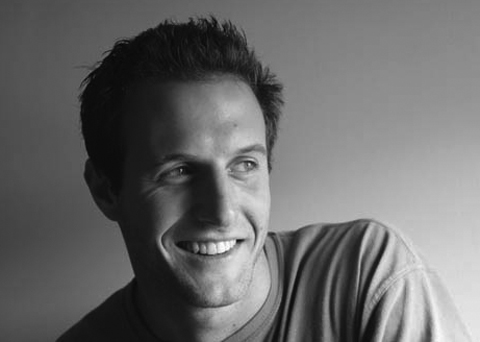 Daniel Turtel, the winner of two gold medals in the William Faulkner – William Wisdom Creative Writing Competition this year, is originally from Asbury Park, NJ. He graduated from Duke University in 2013 with a degree in mathematics. While at Duke, he studied writing with the legendary fiction writer and soap opera playwright Michael Malone. Since his graduation he has been living in New York City. His unpublished novels have been short-listed in competitions such as Del Sol Press First Novel Competition, Pirate’s Alley Faulkner Society’s annual Faulkner – Wisdom Competition, and the James Jones Literary Society’s First Novel Fellowship. His short stories, novellas, novels-in-progress, essays, and poetry have been runner-ups and short-listers in previous Faulkner – Wisdom competitions. White Horses, a short story of his, will be published this fall in The Baltimore Review, and will be his first publication with a nationally distributed magazine.

Runner-up: Whistle and I’ll Find You by Marian Szczepanski
Judge M. O. Walsh said this about the runner-up:

This novel has the makings of both a thriller and a heart-warming novel of redemption. Opening with a home invasion and robbery, the novel grabs its reader from the start. The key to this success, though, is the surprising change of point of view in the second chapter when we move from the victim to one of the robbers, who is not a scary villain, at all, but instead a scared teenage girl pressed into crime by an abusive relationship. A novel that has its eyes on many of today’s most glaring concerns—meth addiction, poverty, disenfranchised communities, our seemingly waning capacity for empathy and the power we yield when we rediscover it—this book has every chance to be successful.