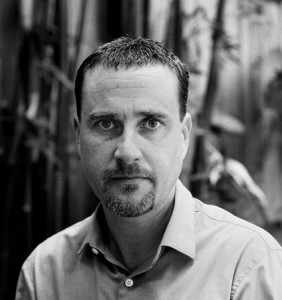 Zachary Lazar is the author of five books, including his new novel Vengeance;  the novel Sway, chosen as a Best Book of 2008 by the Los Angeles Times, Rolling Stone, Publisher’s Weekly, and Newsday, was an Editor’s Choice at the New York Times Book Review and was a finalist for the Discover Great New Writers Award at Barnes & Noble. His memoir Evening’s Empire: The Story of My Father’s Murder was a Best Book of 2009 in the Chicago Tribune. His latest novel, I Pity the Poor Immigrant, published in spring of 2014, has received high praise by such reviewers as Rich Cohen for the New York Times Book Review. Lazar published his first novel, Aaron, Approximately, in 1988.

His work has appeared in the New York Times Magazine, the Los Angeles Times, Newsday, BOMB, and other publications. Born in Phoenix, AZ, he earned an A.B. Degree in Comparative Literature from Brown University and an MFA from the University of Iowa Writer’s Workshop. Lazar is the recipient of a Guggenheim Fellowship and the Hodder Fellowship at Princeton University. He lives in New Orleans, where he is on the creative writing faculty at Tulane University. For an in-depth review of Pity the Poor Immigrant, read Rich Cohen’s interview at: http://www.nytimes.com/2014/04/27/books/review/i-pity-the-poor-immigrant-by-zachary-lazar.html?_r=0

…Zachary Lazar’s latest novel, Vengeance, is a book that takes readers deep inside the horrors of the prison-industrial complex, where we cannot, in good faith, look away. We begin in the notorious Angola Prison, in rural Louisiana, where a writer meets a man named Kendrick King, who is stuck in prison for life. But the facts of his case don’t add up. Perhaps Kendrick is innocent. What follows is a hair-raising detective story of sorts, in which the highly-conscious storyteller attempts to get to the bottom of the decade-old murder case by interviewing key witnesses, poring over interrogation transcripts and newspaper reports, leaving the writer as uncertain as ever. This is as much an investigation of our criminal justice system as it is the story of a man’s life—of two lives, in fact—the man in prison and the writer who has dealt with his own personal tragedies. The storytelling is harrowing and compelling all the way through. It is lyrical at times, terse elsewhere, and like with any good novel, the reader is left with lingering questions.
—Jason Christian, New Orleans Review

To read an excellent interview by Jason Christian with Zachary Lazar, visit:

To read a longer discourse on the literary format of the book, also by Jason
Christian, visit:

Zachary Lazar’s powerful and important novel was inspired by a passion play, The Life of Jesus Christ, he witnessed at the Louisiana State Penitentiary at Angola. As someone who writes “fiction, nonfiction, sometimes a hybrid of both,” the narrator of Vengeance, a character much like Lazar himself, tries to accurately view a world he knows is “beyond the limits of my small understanding.” In particular, he tries to unravel the truth behind the supposed crime of an inmate he meets and befriends, Kendrick King, who is serving a life sentence at Angola for murder.

As the narrator attempts to sort out what happened in King’s life―paying visits to his devoted mother, his estranged young daughter and her mother, his girlfriend, his brother, and his cousin―the writer’s own sense of identity begins to feel more and more like a fiction. He is one of the “free people” while Kendrick, who studies theology and philosophy, will never get his only wish, expressed plainly as “I just have to get out of here.” The dichotomy between their lives forces the narrator to confront the violence in his own past, and also to reexamine American notions of guilt and penance, racial bias, and the inherent perversity of punitive justice.

It is common knowledge that we have an incarceration crisis in our country. Vengeance, by way of vivid storytelling, helps us to understand the failure of empathy and imagination that causes it.

Vengeance:
A writer looks for the truth about a crime and might find out more than he wants to.

While attending rehearsals for an Easter pageant in a Louisiana prison, an unnamed novelist meets Kendrick King, a black man serving a life sentence. Like the pageant’s main character, King maintains his innocence. He was only found guilty, he says, because “the truth was too confusing.” Curiosity piqued, the writer/narrator of Lazar’s fifth book (I Pity the Poor Immigrant, 2014, etc.) begins his own investigation. As in much of Lazar’s earlier work, the plot resembles a labyrinth of coincidences and competing perspectives. It obeys the unbending rule of postmodern fiction: the more closely you look at a narrative, the more elusive the truth must become. On a more original note, the narrator admits that his skepticism about Kendrick’s story might also be a way of avoiding simple but hard truths about America’s criminal justice system, which ruins countless lives for dubious reasons. This is a timely epiphany….