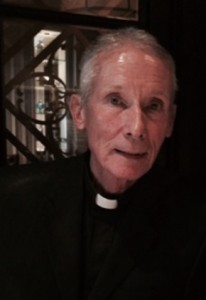 Relating to Father Maestri’s education and communications ministry are some 40 books and 12 audio-visual programs he has authored. He has been honored twice by the Catholic Press Association for excellence in General Commentary with a First Place Award for “Best Campaign in the Public Interest/Parental Choice in Education.” His weekly columns for The Clarion-Herald, a Catholic journal published in New Orleans, covered a broad range of issues and themes, both secular and religious. Of special interest to Father Maestri is the interface of faith with social culture and politics, especially the public role of religion within the public square. A diocesan priest, Father Maestri is a member of the Clergy serving the Parish of the Cathedral-Basilica of St. Louis King of France. He is director of the recently created outreach mission of the Archdiocese and Cathedral, the Bishop Perry Center, which has a combined ministry of providing spiritual, material, medical, and educational services to the disadvantaged of downtown New Orleans neighborhoods and is concurrently a cultural center for these neighborhoods.

The Center recently opened a new public lending library and kicked off a pilot program, Project HOPE, designed to remove stumbling blocks to learning by addressing hearing, sight, basic medical, and mental issues with screenings and follow-up care free to students in four urban elementary schools. Father Maestri, who serves Mass regularly at St. Louis Cathedral, St. Mary’s Catholic Church, and at the Bishop Perry Center, is popular for his homilies which illuminate the teachings of Christianity with episodes from 21st Century life to bring each message into sharp focus for today’s congregations.