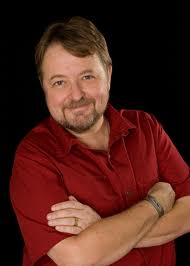 Luis Alberto Urrea, 2005 Pulitzer Prize finalist for nonfiction and member of the Latino Literature Hall of Fame, is a prolific and acclaimed writer who uses his dual-culture life experiences to explore greater themes of love, loss and triumph. Born in Tijuana, Mexico to a Mexican father and an American mother, Urrea has published extensively in all the major genres. The critically acclaimed and best-selling author of 13 books, Urrea has won numerous awards for his poetry, fiction and essays. The Devil’s Highway, his 2004 non-fiction account of a group of Mexican immigrants lost in the Arizona desert, won the Lannan Literary Award and was a finalist for the Pulitzer Prize and the Pacific Rim Kiriyama Prize. An historical novel, The Hummingbird’s Daughter tells the story of Teresa Urrea, sometimes known as the Saint of Cabora and the Mexican Joan of Arc. The book, which involved 20 years of research and writing, won the Kiriyama Prize in fiction and, along with The Devil’s Highway, was named a best book of the year by many publications. It has been optioned by acclaimed Mexican director Luis Mandoki for a film to star Antonio Banderas.

Urrea’s most recent novel, Into the Beautiful North, imagines a small town in Mexico where all the men have immigrated to the U.S. A group of young women, after seeing the film The Magnificent Seven, decide to follow the men North and persuade them to return to their beloved village. A national best-seller, Into the Beautiful North, earned a citation of excellence from the American Library Association Rainbow’s Project. A short story from Urrea’s collection, Six Kinds of Sky, was recently released as a stunning graphic novel by Cinco Puntos Press. Mr.Mendoza’s Paintbrush, illustrated by artist Christopher Cardinale, has already garnered rave reviews and serves as a perfect companion to Into the Beautiful North as it depicts the same village in the novel. Into the Beautiful North, The Devil’s Highway, and The Hummingbird’s Daughter have been chosen by some 30 cities and colleges for One Book community read programs..

To read more about his extraordinary career, visit: