Alexandra Cichon, Ph.D. wounded healer, researcher, actor, and psychodramatist received her doctorate in clinical psychology, within the tradition of depth psychology, from Pacifica Graduate Institute in California. As an actor, she is the recipient of the Oxford University Dramatic Society’s Best Actress Award, for a performance piece she conceived and directed for ense 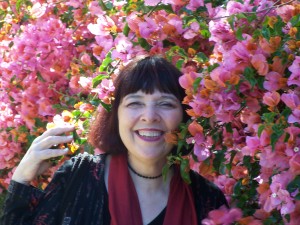 mble on the Sumerian myth of Inanna and Ereshkigal, and the Joseph Jefferson Award for Performance. Among her interests in improvisation, she directed (jointly with the playwright) and performed in the English premiere of Commedia at the Oxford University Playhouse (a work in the improvisatorial Commedia dell’ Arte tradition); clinically directs psychodrama, founded in Jacob Moreno’s Viennese Theatre of Spontaneity; and currently explores the interface of ritual and theatre within Goddess spirituality as a member of the Priestess of Avalon training in Glastonbury, England. She will be presenting a paper on improvisation in dram and will also do a stand-alone improvisation, evoking the inner musings of an immigrant who has left homeland behind at Faulkner for All!