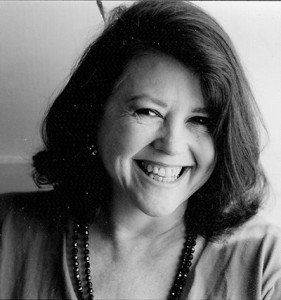 Rosemary Daniell’s book Secrets of the Zona Rosa: How Writing (and Sisterhood) Can Change Women’s Lives, was published by Henry Holt and Company, 2006 to great acclaim. Known as one of the best writing coaches in the country, Rosemary is the founder of Zona Rosa, the series of creative writing workshops she has led for 30 years in Savannah, Atlanta, and other cities (including New Orleans), as well as in Europe. Her first book on Zona Rosa, The Woman Who Spilled Words All Over Herself: Writing and Living the Zona Rosa Way, was published by Faber & Faber in 1997.

Daniell’s revolutionary memoir, Fatal Flowers: On Sin, Sex and Suicide in the Deep South (Holt, Rinehart & Winston, 1980; Henry Holt & Company, 1989; Hill Street Press, 1999) won the 1999 Palimpsest Prize for a most-requested out-of-print book, and was re-issued that year. Along with her second memoir, Sleeping with Soldiers (Holt, Rinehart & Winston, 1984), Fatal Flowers was a forerunner of the current memoir trend. She is the author of four other books of poetry and prose. Among her many awards are two N.E.A. Fellowships in creative writing, one in poetry, another in fiction. She is profiled in the book Feminists Who Changed America, 1963-1975; in 2008, she received a Governor’s Award in the Humanities for her impact on the state of Georgia; and she won the Faulkner Society’s gold medal for best essay. Currently she is completing a new memoir and traveling to teach her writing techniques.