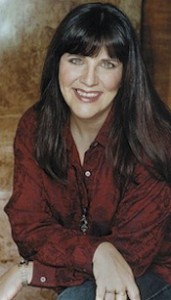 Shari Stauch has been involved in publishing, marketing and PR for 30 years. In 2004 she retired from the Women’s Pro Billiard Tour after a 20 year career as a top player and marketer/co-creator of the tour (inducted into the WPBA Hall of Fame in 2007) to pursue development of Where Writers Win and serve a growing community of writers and authors.

Stauch and fellow author Brenda McClain produced the South Carolina Writers’ Conference  in 2004, setting new attendance/income records. In 2008, Stauch signed on as Co-Director of Programming for Words & Music: A Literary Feast in New Orleans, and worked with team member Kendra Haskins to re-launch the organization’s website.

Stauch continues to work with the Pirate’s Alley Faulkner Society as well as with agents, editors, writers and aspiring authors throughout the U.S., using her marketing and PR talents to help authors broaden their audiences. Stauch is a certified coach, an award-winning essayist and fiction writer, and four-time Faulkner-Wisdom finalist, including twice as an Essay finalist. In 2010 Ms. Stauch was First Runner-up in 2010. She was First Runner-up in the novel-in progress category in 2007 as well. She is the author of four non-fiction books. She is working on completion of a novel set in her hometown, Chicago, IL.