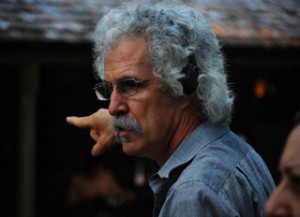 Glen Pitre—born and reared in Cut Off, LA, worked his way through Harvard by fishing shrimp each summer. Graduating with honors, he’s since made his living as a writer/filmmaker, working from Paris to Mumbai in almost every genre as writer, producer, and/or director. What prompted critic Roger Ebert to call him “a legendary American regional director” were his offbeat, indie historical dramas set in the Gulf South. Those works—plus a couple of novels, some non-fiction books, TV documentaries, IMAX films, multi-screen video installations, and museum design—have won him piles of awards, an honorary doctorate, a humanities lifetime achievement, a faculty appointment at LSU, and even a knighthood by France, Chevalier de l’Ordre des Arts et des Lettres. Pitre currently resides in New Orleans with his wife and creative partner, Michelle Benoit.