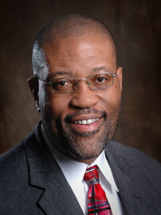 Hal Clark’s novel, Marrero Action, was a finalist in the 2007 Faulkner Prizes Competition and he has been a finalist with other work. He adapted Marrero Action into a stage play which ran for a month in 2009 at the Anthony Bean Theater in New Orleans and has enjoyed a second successful run last year. His newplay, Fishers of Men, played to sell out audiences in 2012.  His talk show, WYLD-FM’s Sunday Journal with Hal Clark, won the award for Best Radio Talk Show at the 2009, 2010, and 2011 Press Club of New Orleans Excellence in Journalism Awards Galas. Hal is a member of the Pirate’s Alley Faulkner Society’s Advisory Council and has been a member of the Words & Music faculty on several occasion, last year introducing and moderating the Master Class for Writing Students and Teachers, featuring Ernest Gaines, last year’s special guest of honor for the Society’s A Lesson Before Dying BIG READ events during Words & Music. Hal will read a passage from his own work during the 2013 meeting of the 2013 Writers Alliance. Material for that session will be on the 2013 Words & Music theme: Faith and the Search for It as Inspiration for the Arts. The Faulkner Society also will present a staged reading from his new play, Fishers of Men, during Words & Music, 2013.