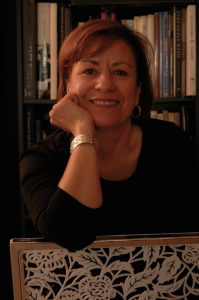 Dr. Calvo has taught literature at Yale and Princeton Universities as well as at Duke University, where she served as Librarian for Latin America and Iberia and also taught in the Romance Studies Department.  She has published articles on early Spanish-American literature and the history of the book and print culture in the region. Since 2003 she has been the Doris Stone Director of the Latin American Library at Tulane University,  one of the premier research collections of its kind in the world, which under her direction has continued a long and distinguished tradition of collecting Latin American books, manuscripts, and memorabilia.  Of particular interest to the Faulkner Society and its members is the Latin American Library’s Spratling-Taxco Collection  documenting the silver design renaissance in Taxco, Mexico led by William Spratling (1900-1967).  Spratling was a well known New Orleans architect and artist, who taught architecture at Tulane University in the 1920s.  It was Spratling who leased a ground floor room at 624 Pirate’s Alley to William Faulkner, who wrote his first novel while living in that room. Today, the building is home to the Pirate’s Alley Faulkner Society, Inc. and Faulkner House Books. Faulkner and Spratling became fast friends. Faulkner went on to win the Nobel Prize.  Spratling became a “Hero of the Republic of Mexico” for rejuvenating the Mexican silver industry, which had gone dormant, with his extraordinary designs for silver objects, ranging from jewelry to large silver objects for the home. Dr. Calvo is a past Chairman of the Faulkner Society’s Pan American Connections Committee.

About Her New Book 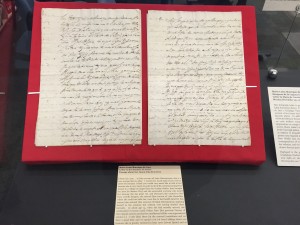 An original letter written by
María Luisa Manrique de Lara y Gonzaga.
Co-authored with Beatriz Colombi, Cartas de Lysi:  Correspondencia inédita de la mecenas de sor Juana focuses on an exciting discovery at Tulane’s Latin American American Library of two manuscript letters written by María Luisa Manrique de Lara y Gonzaga (1649 – 1729), Countess of Paredes and Vicereine of Mexico (1680-1686) who was also the mentor of Sor Juana Inés de la Cruz (1648-1695), one of Spanish America’s most celebrated writers of all time. The letters offer a rare glimpse into the most intimate thoughts and impressions of a Spanish noblewoman regarding life in 17th century Mexico.  Most important, in one of the letters, María Luisa provides a previously unknown account of one of the most famous literary friendships in Spanish letters. For scholars the book  provides biographical information about Maria Luisa and her correspondents as well as facsimiles and transcriptions of the letters.  It contains the historical background for the letters that contextualizes the contents, as well as an analysis of that content, including a reflection on what the letters contribute to our knowledge of the relationship between Maria Luisa and Sor Juana.  Finally, the book contains an essay on the provenance of the documents. For more on Sor Juana Inés de la Cruz, Read on….