Jervey Tervalon, author of the new novel Monster’s Chef, has published five previous books, including the bestselling Dead Above Ground, and Understanding This, for which he won the New Voice’s Award from Quality Paper Books. His most recent book was an anthology, The Cocaine Chronicles. He was the Remsen Bird Writer in Residence at Occidental College and a Disney Screen Writing Fellow. He is the director of the Literature for Life Project, a literary magazine and salon, and the literary director of LitFest Pasadena. Born in New Orleans, he now lives in California and teaches at the College of Creative Studies at UC Santa Barbara. His new book, Monster’s Chef, is a very clever and suspenseful literary thriller―comp 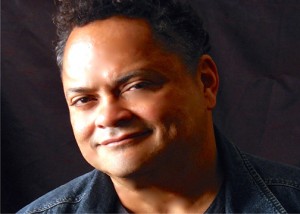 lete with recipes throughout.

About the Book
Gibson had everything: skills as a chef, a popular restaurant in New York City, and a beautiful, loving wife. But he also had a drug habit that nearly destroyed him―and cost him everything. Fresh out of rehab, he is offered a job cooking for a music superstar named Monster. Gibson doesn’t have a good feeling about the invitation, but he needs a job, and he convinces himself that with one, he can possibly get his wife back—and his old life. Arriving on Monster’s compound, Gibson’s suspicions grow. First, he’s asked to sign a confidentiality agreement.Then he meets the compound’s gardener, who warns him not to walk around at night, and to keep his eyes and mouth shut. A few nights later, Gibson discovers a dead body near his quarters, and becomes certain his life will become a lot worse—and it does. Monster’s Chef lays bare the culture of drugs, sex, and celebrity worship that pervades our times―and delivers a thriller that is as unsettling as it is delicious.