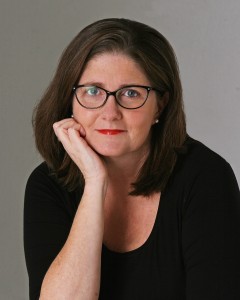 Robin Black won the 2005 Faulkner/Wisdom Competition for her short story The History of the World  which appears in her story collection If I loved you, I would tell you this. That book, published in six countries, was a finalist for the Frank O’Connor Short Story Competition, an O. Magazine Summer Reading Pick, and on numerous Best Books of 2010 lists. Her recent novel Life Drawing (out in paperback, April 2015) was on the NPR Best Books of 2014 list, and on recommended reading lists from Redbook, People Magazine, Vogue, the BBC and The Huffington Post – among many others. Of Life Drawing, Claire Messud wrote in The Guardian: “Black is a writer of great wisdom and illuminates, without undue emphasis, the flickering complexities of individual histories.” The San Francisco Chronicle called the book “a novel of consequence, and a stunning one.”

Robin has also published essays about the craft of writing; her experience coming to this profession in her forties; being the mother of a child with special needs; and her own lifelong struggle with ADD. She has taught extensively, at Bryn Mawr College where she was the 2012 Distinguished Visiting Writer, in the Brooklyn College MFA Program, and in numerous other settings. She lives in Philadelphia with her family – and is very excited to come full circle to judge the competition that has meant so much to her.

About Life Drawing
Augusta Edelman, Gus to her friends, is a painter, a wife, and not always the best judge of her own choices—one of which was bad enough that Gus and her husband, Owen, have fled their longtime city home and its reminders of troubling events. Now, three years into their secluded country life, Gus works daily on the marriage she nearly lost, discovers new inspiration for her art, and contemplates the mysteries of a childhood tragedy. But this quiet, healing rhythm is forever shattered one hot July day, when a stranger moves into the abandoned house next door, and crosses more boundaries than just those between their lands. A fierce, honest, and moving portrait of a woman grappling with her fate, Life Drawing is a debut novel as beautiful and unsparing as the human heart.