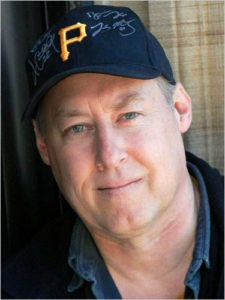 In 1993, Stewart O’ Nan’s entry Snow Angels won the Pirate’s Alley Faulkner Society’s first Gold Medal for Best Novel. Snow Angels details the tragic events leading up to the death of a dissatisfied young wife and mother, Annie Marchand, at the hands of her husband, Glenn. Annie’s decline and fall are narrated by her neighbor, Artie Parkinson, a teenager at the time of the events. For Artie, the story of Annie, his former babysitter, is inextricably linked to his own coming of age—his parents ‘ divorce, his first fumbling romance, his complex feelings for this troubled but alluring older woman.

The same year that Snow Angels won the Faulkner prize, O’Nan also received the Drue Heinz Literature Prize for Short Fiction for his collection In The Walled City, and the two awards prompted a two-book contract that put him on track to become a huge literary success and one of the most memorable contemporary American novelists. O’Nan has published sixteen novels and two creative nonfiction works, he has partnered with one of his own favorite novelists, Stephen King, and he has penned spy thrillers under the pseudonym James Coltrane.

His most recent novel, City of Secrets, came out in 2016. City of Secrets is a literary thriller, a fast but thoughtful read about survivor guilt, post-World War II Jerusalem, and the intoxication of violence. Focused around the bombing of the King David Hotel in 1946, a terrorist attack that killed 91 people, O’Nan embeds both his characters and the story with suspense, weaving the reader from past to present and back again as the Holocaust survivors and underground rebels operating in the British Crown’s Palestine are affected.

His 1996 book, The Names of the Dead, has been described as one of the very best post-Vietnam war novels. In The Names of the Dead Vietnam veteran Larry Markham, already burdened by decades of guilt and by his attempts to salvage his unhappy marriage, finds himself and his family stalked by an even more troubled veteran, an ex-Special Forces psychopath named Creeley. The novel alternates the present-day story with chapters detailing Markham’s Vietnam experience. The research he did for The Names of the Dead led to the creation of a class that studied Vietnam War memoirs as a form of literature, which he also initially taught at Trinity. Also very much on point is his anthology, The Vietnam Reader, the premiere compilation of literary art inspired by the Vietnam War.

Other novels include the best-selling Last Night at the Lobster, A World Away and A Prayer for the Dying, New York Times Notable Books. His well received non-fiction works include The Circus, about a famously horrific fire in Connecticut, and The Faithful, co-authored with Stephen King, the story of the Boston Red Sox and their 2004 season.

O’Nan was a writer-in-residence and taught creative writing at Trinity College in nearby Hartford from 1995 to 1997.  The diversity of his writing career as well as the divergent paths each of his novels has taken make Stewart a perfect role model for developing writers to study carefully.